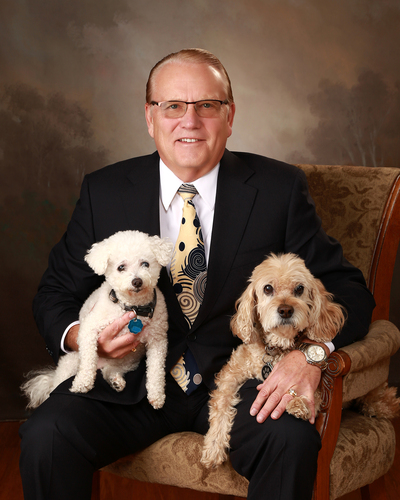 Among his many leisure activities, Mr. Beard enjoyed boating, snowmobiling, hunting, and golfing. He was the kind of guy that brought life and laughter to any room, never knowing what he might say. He was a strong man who would do anything for his beloved family. He is survived by his wife of 43 years, Linda; two children Amie Beard (Jeremy Deja) of Mt. Pleasant and Mark R. (Alexandra) Beard of St. Johns; sisters, Leonna (Rick) Mousa of Atlanta, Ga., and Kathy (Jerry) Evans of Mt. Pleasant; and nieces and nephews, Adam Mousa, Ana Mousa, Chris Evans, Jayme Evans, Jesse Evans, and JJ Evans. He was preceded in death by his parents and his beloved canines, Chelsea, Casey, and Lilly.

Mr. Beard's funeral will be held on Saturday, February 20, at 11 am at Charles R. Lux Family Funeral Home. Burial will be in Riverside Cemetery. The family will receive friends at the funeral home on Friday, February 19, from 4 to 7 pm and on Saturday one hour prior to the service.

Those planning an expression of sympathy may wish to consider HATS (www.hatsweb.org/giving) or the Isabella Community Soup Kitchen (www.isabellacommunitysoupkitchen.org/donate.html). To sign the online guest book or leave a condolence for the family, visit www.CharlesRLux.com.